“Guys, isn’t this a good park!”
The kid had it exactly right. Gasholder Park was the definite highlight of an entire day exploring London parks. 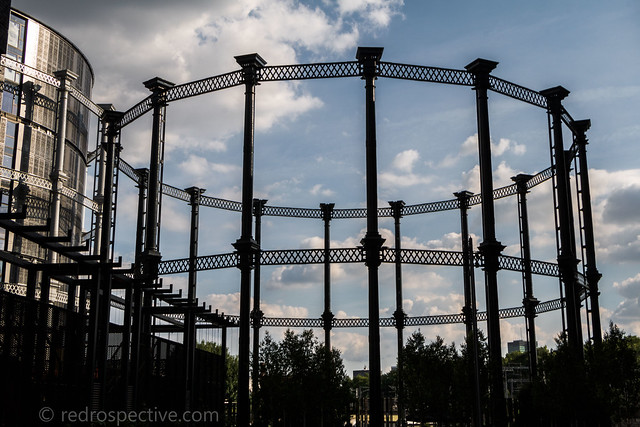 Turning the shell of a gasholder into a public park was a fabulous way to save and re-purpose a piece of industrial history that’s been a feature of the London skyline for over 150 years. The wrought iron of the original structure was combined with mirrored surfaces which both reflected the light and made it super Instagrammable! 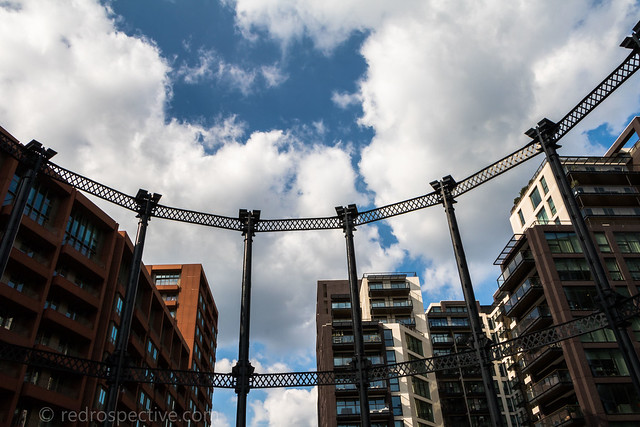 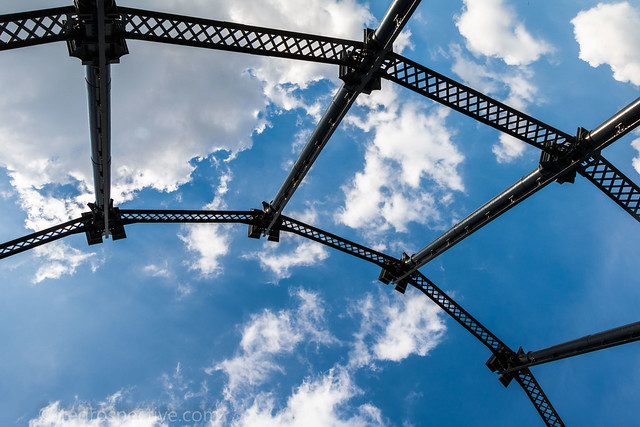 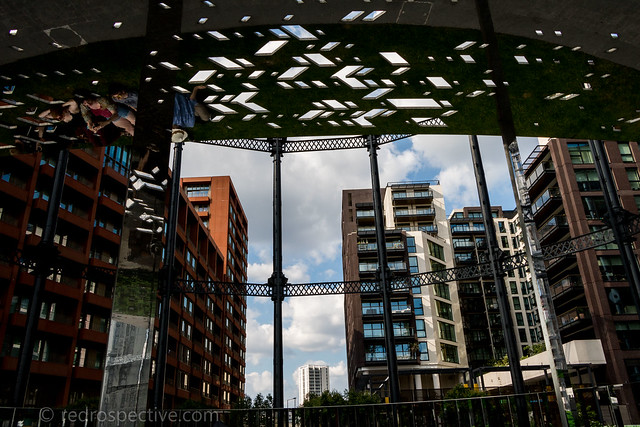 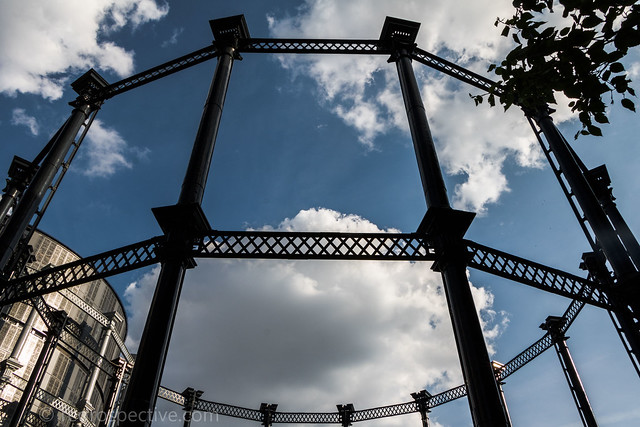 The little touches made it even more compelling. The undulating and sloping turf was great for adults to sunbathe and for children to play. Grass angels, running and rolling were the order of the day. 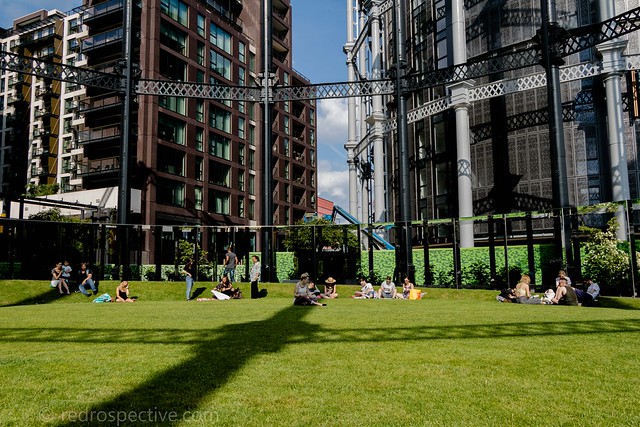 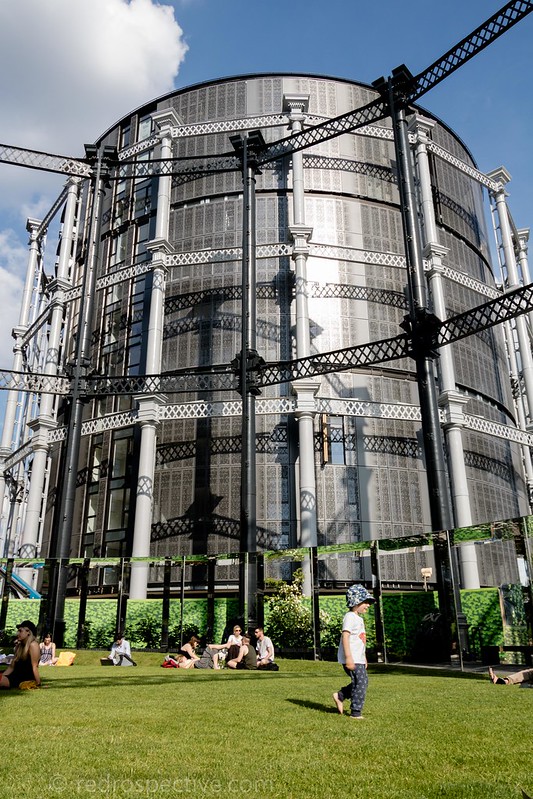 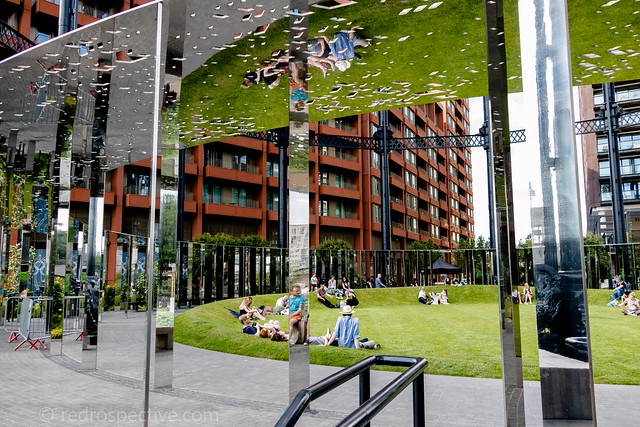 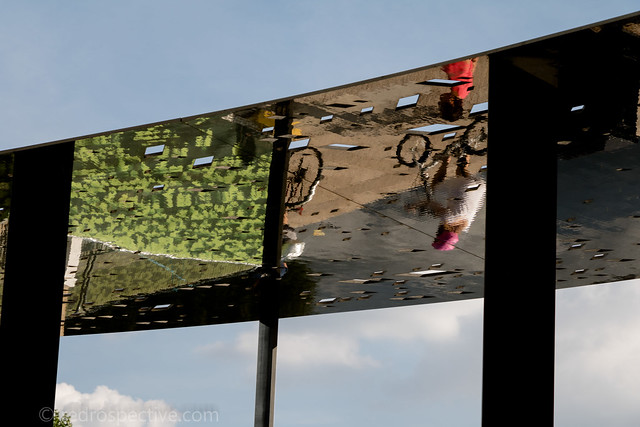 The design features led on to other local green space. Artwork did double duty as signage to the next park. 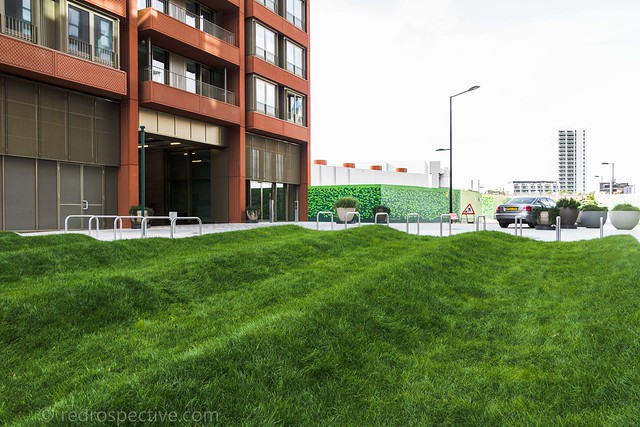 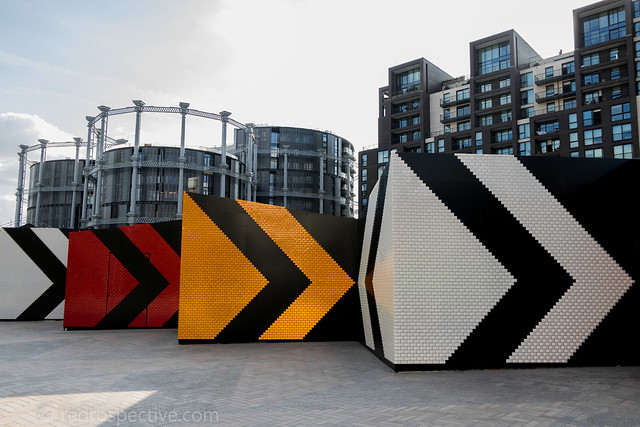 Construction work did not spoil anyone’s enjoyment of the balmy summer evenings, thanks in no small part to the sensitive screening design. 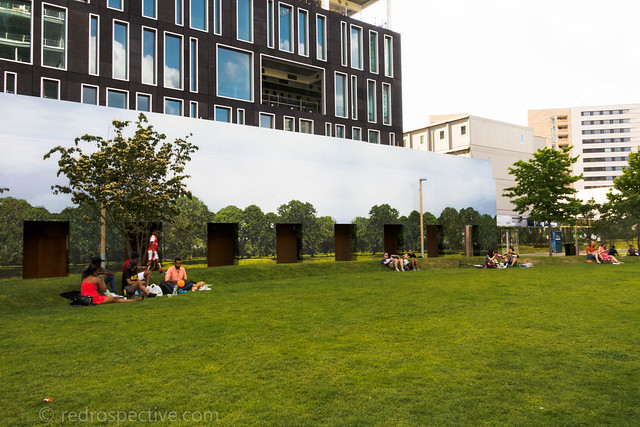 It was tempting to sunbathe in the last rays of daylight but there was one last activity to cap off a busy day. A viewing deck gave views over the park, allotment and beyond. 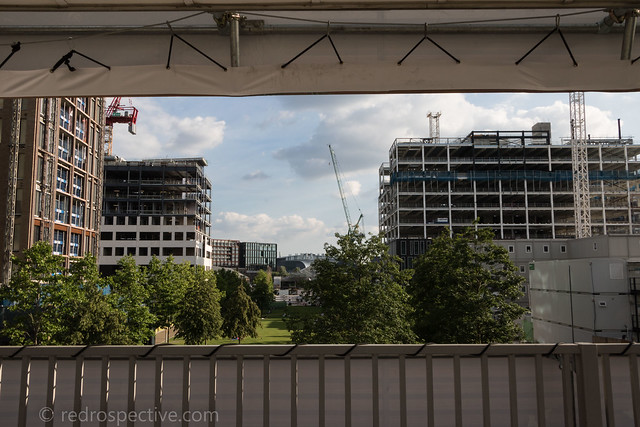 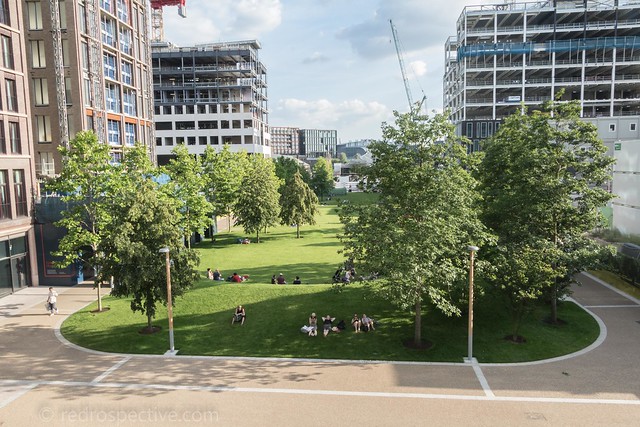 Head to redrospective.com for music photography and reviews.

This site uses Akismet to reduce spam. Learn how your comment data is processed.